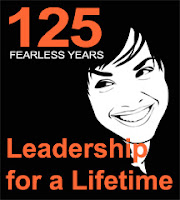 "Women's Words and Voices" was the topic of a day of writing workshops held recently at Worcester Polytechnic Institute in Worcester, MA. It was an inspiring day filled with writers from across the region. The event was held to benefit Daybreak, the YWCA's domestic violence service provider in Central Mass. I was asked to speak on fiction writing, my favorite topic!

We celebrated “the potential of all women to find and use their voice and self expression to build meaningful lives,” according to Virginia Navickas, director of domestic violence services for Daybreak and one of the coordinators of the day. Ms. Navickas read some powerful poems and essays written by women who have been helped by Daybreak.

Thank you to Jim Dempsey, who helped coordinate the daylong program. He is an instructor at WPI, an author, and a former reporter comrade of mine at the Worcester Telegram & Gazette.