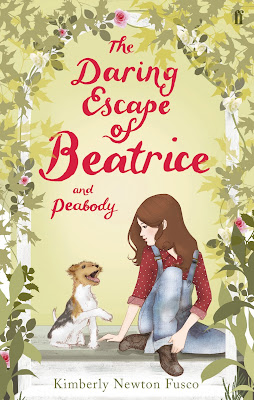 I'm so excited to introduce my novel to British readers, thanks to the wonderful publisher Faber and Faber, London.

The first review of the British Bee is in!  Thank you to Luna's Little Library who named the novel one of her Top 10 Reads of 2013.

"Bee is an orphan who lives with a traveling carnival. Every day she endures taunts for the birthmark on her cheek – though her beloved Pauline, the only person who has ever cared for her, tells her it is a precious diamond. When Pauline is sent to work for another carnival, Bee is lost.

Then a scruffy dog shows up, as unwanted as she, and Bee realizes that she must find a home for them both. She runs away to a house with gingerbread trim where two mysterious women, Mrs Swift and Mrs Potter, take her in. They clothe her, though their clothes are strangely out of date. They feed her, though there is nothing in their house to eat. They help her go to school, though they won’t enter the building themselves. And only Bee seems able to see them…

Whoever these women are, they matter. They matter to Bee. And they are helping Bee realize that she, too, matters to the world – if only she will let herself be a part of it.

The story is narrated by Bee, who at the beginning of the book is only 11. She’s grown up with a travelling carnival and works at the hot dog stand with Pauline, a young woman who has been Bee’s family since her parents died when Bee was 4.

The story starts with Bee’s life at the carnival. One of the things that I loved so much about Kimberly Newton Fusco's writing was that everything is so vivid. Bee is an amazing little girl that I can’t imagine anyone not loving.

When Pauline is sent to another carnival Bee has escapes in search of a home, taking her dog (Peabody) and piglet (Cordelia) with her. She finds a house “the colour of buttercups with blueberry shutters and a front porch with rocking chairs still rocking”. Inside she is welcomed by Mrs Swift and Mrs Potter, two elderly ladies.

I could quite happily tell you about how fantastic and touching the story is but I don’t want to spoil the joy of reading it. I loved the language, the imagery, the characters and of course the names. The Daring Escape of Beatrice and Peabody is magical – enjoy!"

BEHOLDING BEE gets ALA attention! 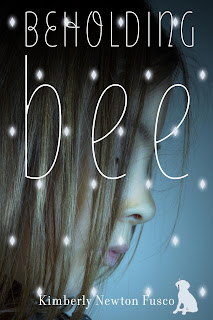 I am thrilled that BEHOLDING BEE is one of 15 novels nominated today to the list of Notable Children's Books that will be discussed at the ALA conference in Chicago!

The ALSC committee writes that “notable is defined as: Worthy of note or notice, important, distinguished, outstanding. As applied to children’s books, notable should be thought to include books of especially commendable quality, books that exhibit venturesome creativity, and books of fiction, information, poetry and pictures for all age levels (birth through age 14) that reflect and encourage children’s interests in exemplary ways."


For a list of all the wonderful books nominated, visit: