The first review is in and it's a KIRKUS star! 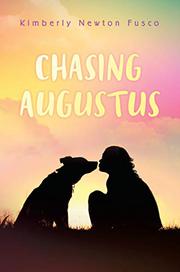 Could Rosie’s life be much worse?
While still a baby, she was abandoned by her emotionally distant mother to the care of Rosie’s father, so she could “make something of herself.” He and her “big lug” of a dog, Augustus, were all a girl could need. But a year ago, her father suffered a disabling stroke, and her mother returned home just long enough to give her dog away. In the far-from-tender care of her grumpy, bewildered, but loving paternal grandfather—and under the threat of being taken away by her mother—Rosie has spent the past year desperately searching for her dog, thinking of little else. Her gripping, animated narrative—she’s given to employing medieval-style curses she and her papa have invented—is spun out across a dismal landscape of struggling but colorful and richly developed (though mostly default white) characters. There’s Phillippe, neglected by his mentally unstable mother, constantly hiding within a giant overcoat, and now in Mrs. Salvatore’s loud but tender foster care; Cynthia, another neglected child, who can rarely stop talking; a mute, outsider woman, Swanson, who has an undeservedly fearsome reputation; and Mr. Peterson, a teacher who could make all the difference if Rosie would let him. Ultimately, it’s Rosie’s heart and determined spirit that see her through to a hopeful, well-deserved resolution.
God’s bones! Magnificent. (Fiction. 10-14)